The Mount Ocean Sports Club (or “MOSC” as it is known) was built during one intense year – 1992-93, under the direction of the three foundation members of the Management Committee, one from each of three Mount Maunganui clubs all closely associated with the ocean.

The Sportfishing, Yachting, and Underwater clubs were represented by Lynton Tong, Doug Harrison and Ross Doughty respectively. This makes the club-rooms an unusual ‘child of a three-way marriage’. In some ways it was a shotgun marriage, with the child being born out of necessity. The Sportfishing Club had purchased the old dairy to secure the leasehold site on Salisbury Wharf and had expended most of its funds doing so. The Yacht Club had funds but was in temporary recess; the Underwater Club had slowly squirreled its funds away but was reluctant to share its dowry of nuts with just any slick suitor. To be simultaneously sacrilegious and a little coarse, what everyone aimed for was a miracle birth, without anybody getting screwed.

Huge credit is due the early committees of the three clubs for having prudently accumulated such resources and then deciding to pool them. The Tauranga District Council was insistent that such a wonderful site could not be leased to just one club but would be best shared by several community groups. They have since extended that same cooperative wisdom to other sites. Their policy of sharing was of unexpected assistance to the original committees in other ways as well: it made available a greater pool of skills, extra fundraising enthusiasts, and a greater customer base when MOSC was later trading.

The arms length relationship between the three clubs was highlighted by the original partnership deed that has a clause requiring clubs to “be just and faithful unto the others” and to “give full information and truthful explanations of all matters.” These quotes sound a little like high church wedding vows! There is even an “indemnification” clause requiring compensation for breaches of the deed, more reminiscent of contract law. All three clubs were adamant at the time that they wished to retain their individuality and independence. Those clauses of 1992 vintage showed considerable foresight because since then New Zealand has increasingly adopted good faith bargaining in many facets of life. 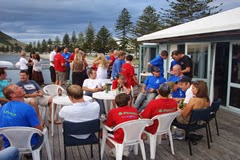 If the original partnership deed is unusual, so too is the constitution. Voting at General Meetings is by 10 votes from each club. To change the constitution requires 75% of those 30 votes. This gives all three clubs protection against any two clubs colluding against the third because two clubs working together could only muster 66.6% of the votes. Other non-constitutional decisions are still determined by a simple majority. This concept is simple but brilliant.

Building the clubrooms was not easy: we had to raise $500,000 when we only had $50,000. Our bank was very “helpful”, saying, “You raise 250 and we’ll lend you 250.” The manager told me later that when he told us that, he saw it as such a difficult task, he did not believe we would be back. It was just after the property crash and economic times were hard. But the enthusiasm of the three committees and their members proved infectious and irresistible. Members paid out more than $100,000 to purchase life memberships. Businesses were approached and asked to pay $5,000 for “corporate” memberships, entitling them to five life members each, but we did not expect to get more than about five businesses to participate. Many club stalwarts had contacts within corporates and persuasively put our case.

After the early fund raising some members had reservations, but it was decided to let a contract for the pile-driving, precast beams and floor. Perhaps they feared we would create no more than an expensive helicopter pad in a great location. 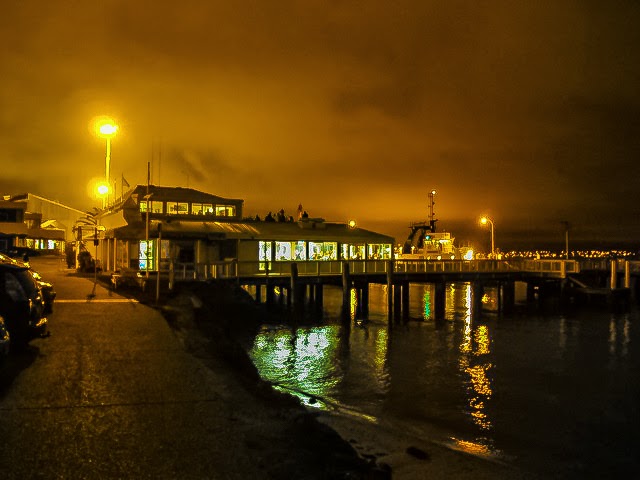 In the meantime, while we were awaiting the business response, we made application to the Lotteries Board, hoping they might give us a contribution. A young woman flew up from the Lotteries Board head office in Wellington to interview the three directors and we hastily arranged to meet her on site and ensconced ourselves in the builder’s smoko shed. During the meeting we closed the door so that we could hear each other away from site noise. At that stage the piles were driven, the beams joining them cast, and she could see the general idea of what we were doing. She expressed amazement at how three clubs could harmoniously go about such a major project, saying how most combined efforts ended in either bitter acrimony, even litigation. We smiled and explained how we were good friends (which is still true!) and how the vast majority of members were working together in a concerted effort. After a most pleasant hour or so going over the plans and the financing of the building, including the estimated shortfall of $70,000, we emerged from the smoko room to find a crane had lifted the entire floor into place while we were inside talking. She was most impressed, so we walked her across the plank and she was the first person to walk around the building. It must have seemed like a well-planned stunt to her, but in fact it was no more than a dramatic stroke of luck.

While they considered our application, money from businesses steadily flowed in. Eventually we received $125,000 from 25 generous businesses, some national, some local. We were then able to confirm the second stage with the contractor, Marra Construction. The icing on the cake arrived one day when Lynton Tong (the enthusiastic foundation President of MOSC), after clearing the post box, arrived at my office, threw the door open, and beaming from ear to ear, shouted, “We got the bloody lot! We got the bloody lot! ” The Lotto money meant we could afford to finish the job. Later we were able to fit the whole place out, including a set of tills linked to a central computer. 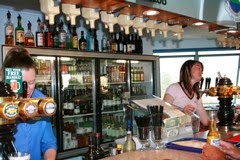 That was more than 10 years ago and MOSC now has over 2000 members, has extended its lounge size, put in a new bigger bar and has ten modern gaming machines. Members use our upstairs lounge regularly for business seminars, birthdays, farewells and weddings.

Like all marriages though, the MOSC three-way partnership has had its moments – mainly good, sometimes tricky, and on a few occasions quite explosive. Problems have generally arisen from differences in the natures of the people and the clubs. Everyone accepts that individuals have totally different personalities. “Viva la difference!” say the French, usually about the vagaries of women, and who could do other than agree.

But do the clubs have different personalities? In the case of MOSC it would be an emphatic “Yes!” Take yachtsmen for instance (ignore for a minute New Zealand’s Olympic, America’s Cup, Around-the-World and other freakish exceptions). Yachtsmen are people who wait patiently for the tide, wind and current and then relax on board, ideally with a beautiful woman and a bottle of rum. They go with the flow – and hope she does too. They can get mildly upset by the wrong brand of rum but not much else can ruin their day. They love the whistle of the wind in the rigging and don’t mind occasionally getting caught on a sandbar. They are patient and tolerant people, either very clever or very naive, clever I think, because they know how to sail against the wind when the need arises. The Yacht Club seems to share that same persona: patient, tolerant, full of good will, moderate rum drinkers, and don’t forget the women. 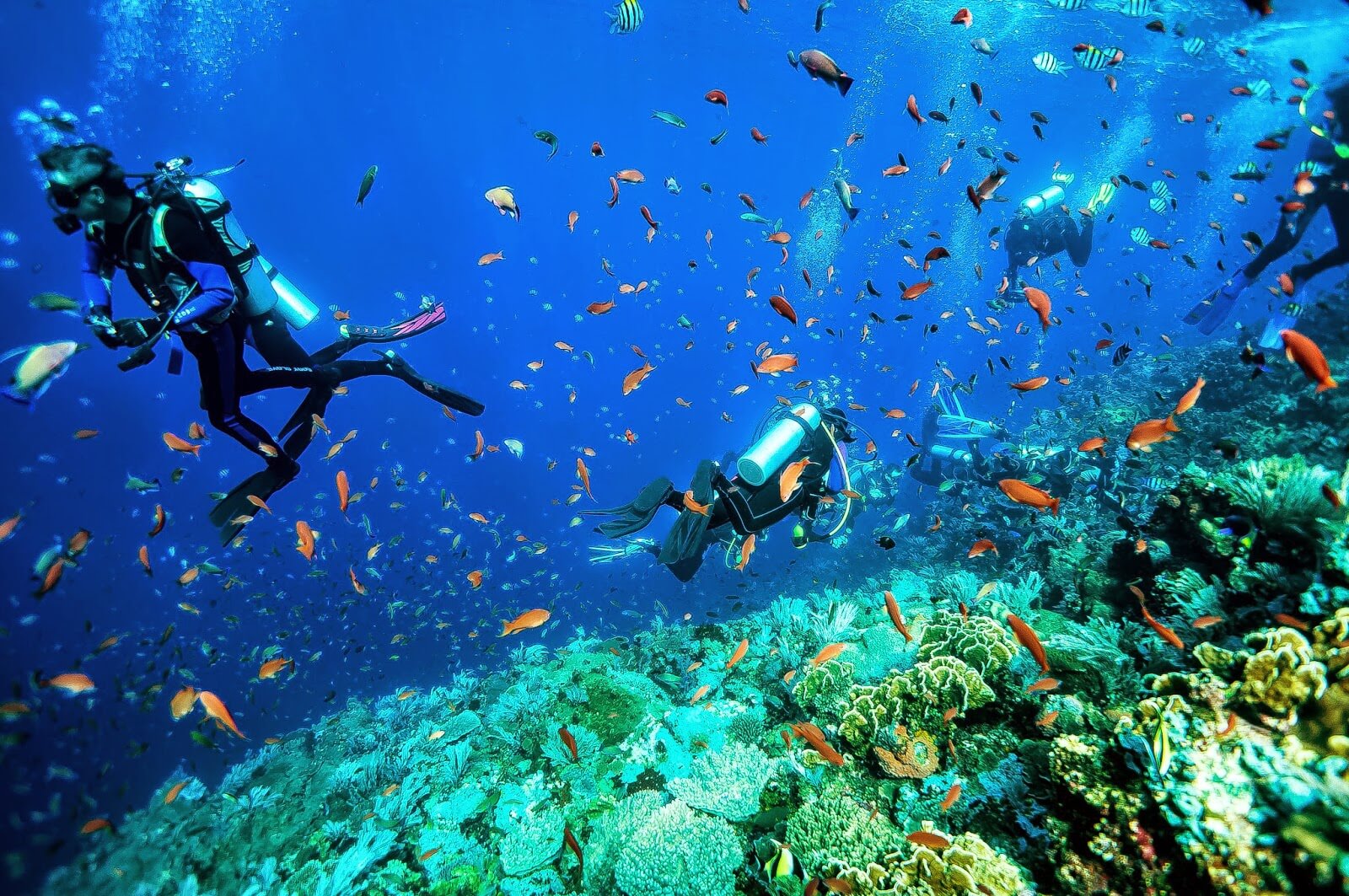 Underwater diving on the other hand is a cooperative activity. They check each other’s gear before diving; when they are down there they know their life could depend on their buddy. But there is another side to divers: they are often secretive. Just try and find out where your best mate caught his crays. The ocean must be riddled with little places marked by an X. Some divers have another characteristic: they can quickly become confrontational from chasing huge crays (and not always catching them), from shooting large kingis (who can wrench their speargun away), and from confronting sharks (some divers even enjoy shark-baiting expeditions). So, does the Underwater Club show these attitudes of cooperation, secretiveness, and confrontation? I asked a number of my good friends in the club for the answer: some cooperatively agreed, some secretively denied it, while the rest became confrontational. Enough said! 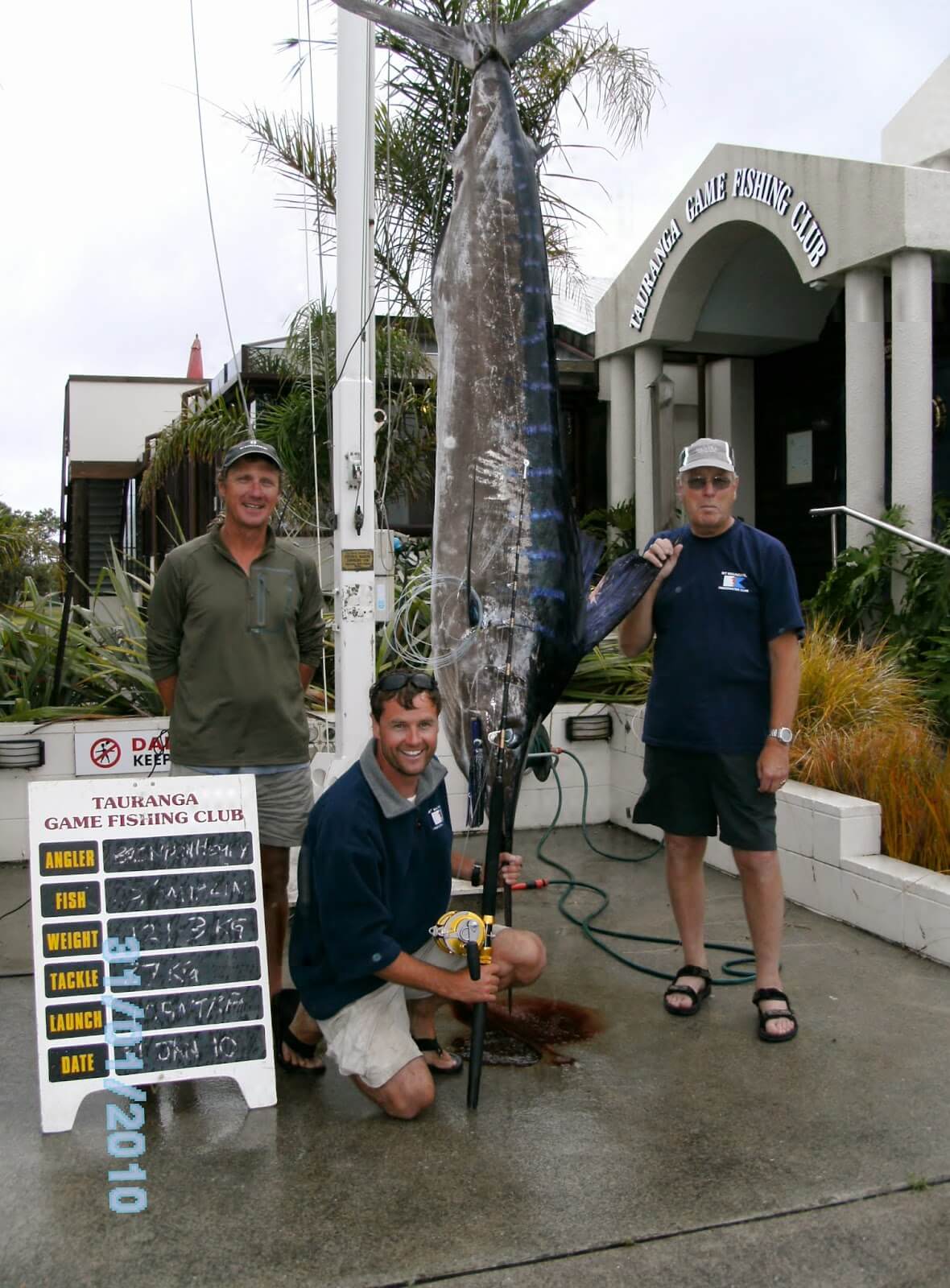 So does their club exhibit the characteristic of competitiveness as do its most visible members? (Excuse the pun!) I think they would proudly proclaim that it is competition that makes the world go round, improving products and keeping prices down. And in New Zealand most of us admire competitiveness in business and sport, whether it is Doug Myers building up Lion Breweries or the All Blacks winning at rugby. The good keen fishermen also proved themselves to be very competitive when it came to fund raising and putting in the hard yards in every other way from the site purchase, town planning and completion of the building.

So will this odd three-way marriage last? Of course it will! It has for many years already, and MOSC is now the vibrant thriving headquarters for all three clubs. It will carry on as long as members with goodwill can laugh at their own foibles. The biggest problem ahead is probably the limited capacity of the clubrooms. Eventually, it’s likely that membership will need to be closed off. In the meantime the mix of three totally different clubs and their distinctly diverse members is a stimulating strength rather than a weakness. Viva la difference!